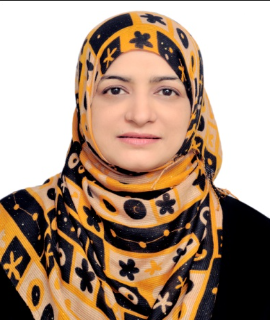 Title : Undernutrition and Management Outcomes of Hospitalized Children Before and After 2015 Armed Crisis in Aden

Introduction: In 2015, Yemen spiraled into armed crisis and the ongoing fighting, which has been dating back to 2011 with low level of conflict, has escalated and pushing Yemen to the brink of famine. The study aimed to describe the pattern of undernutrition and outcome indicators among hospitalized children during three time periods: 2010 (before the 2011 revolution), 2014 and 2016 (before and after 2015-armed crisis).

Result: A total of 803 new complicated SAM patients were included in the study, of which 22.7%, 32.0%, and 45.3% were admitted during 2010, 2014, and 2016 respectively. Compared to 2010, the frequency of severe wasting, underweight, and stunting were significantly high in 2016. There was no significant gender difference. The majority of children were from Shikh Othman and Dar Sa’ad districts. Increasing percentages of patient in 2016 found from Altawahi, Almualla, Khourmakser districts, which were the scene of armed clashes during 2015. Poor outcome indicators were noted during 2016.

Conclusion: Poor nutritional and outcome indicators were encountered after the 2015-armed crisis. It is incumbent on pediatricians, public health professionals, and policy makers to seriously address undernutrition in the context of conflict as critical and priority issue. Children must be counted.

Aida Alsadeeq completed the Arab Board degree (MD) in Pediatrics, the Arab Board of Medical Specializations (Syria) in 2003, diploma in postgraduate pediatric nutrition (PGPN), Boston University in 2018, and early nutrition specialization (ENS), Ludwig-Maximilians University Munich in 2019. She is assistant professor, Pediatric department, Aden University. Aida is a national expert in community management of acute malnutrition (CMAM). She published eight scientific papers and updated the SAM & CMAM guidelines & the Community Health Volunteers guideline. Aida attended many local and international pediatric conferences. In 2017, she was awarded by the Yemeni Prime Minister for her achievement.