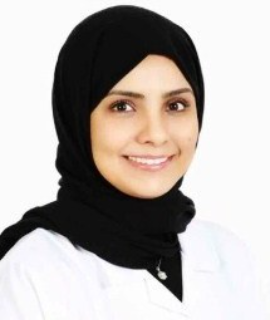 Fadiah Al-Khattabi is a Consultant in General Pediatrics, Department of Pediatrics at King Faisal Specialist Hospital & Research Centre (KFSHRC), Riyadh, Saudi Arabia. She is also the Deputy Program Director of the Pediatric Residency Training Program since October 2016, and Assistant Professor of Pediatrics at AlFaisal Univeristy, Riyadh since March 2016. She completed her Fellowship training in Clinical General Pediatrics, Academic Fellowship and Fellowship Clinical Child Abuse and Neglect in Canada from 2009 to 2015. She passed the Arab Board Certification in Pediatrics in 2009 and American Board of Pediatrics in 2014. She has done several research projects and case reports on child abuse and neglect in the Hospital for Sick Children at Toronto, Canada. She is leading the Child Advocacy Committee at KFSHRC since she came back in 2016 in Saudi Arabia and started her involvement in the National Family Safety National Committee which both committees deal with the welfare of abused patients and their families. As part of her endeavors to promote the welfare of pediatrics patients, several Child Abuse Awareness Days have been held under Dr. Al Khattabi’s leadership