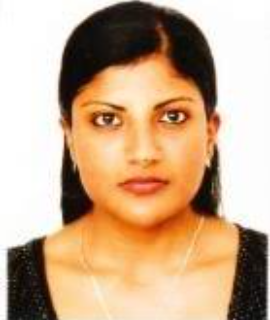 Title : Alcohol & child health in rural Kenya: Patterns of use, abuse and associations with child health

Background: Alcohol is one of the leading contributors to non-communicable disease in the developed and developing world. Children of alcoholic parents have more emotional & health problems, school failure, learning disabilities, and criminality than their counterparts. There are limited studies describing the relationship between parental alcoholism and child malnutrition. In 2014, rates of malnutrition increased at Kisii Teaching & Refferal Hospital in Western Kenya. Community-based participatory research in the Gesoni sub-location of Kisii revealed alcoholism to be a primary perceived cause of adverse child health outcomes and a major health priority for the community. Objective: To determine the prevalence of alcohol use and associations with adverse child health outcomes in Gesoni, Kenya. Design/Methods: The survey consisted of child and adult components and was administered in Kiswahili by community health volunteers (CHV) to children aged 8-17 years and adults aged >18 years in 15 villages. CHVs selected houses according to geographic proximity at varying times of day to capture different populations. Survey questions inquired about alcohol use, spousal and parental alcohol use, food insecurity, child health, and attitudes towards alcohol. Portions of the survey are based on WHO’s AUDIT tool and NIAAA’s Youth Guide. Results: There were 411 survey participants (181 children, 230 adults, 307 households). Of those surveyed 8.9% of children and 45.6% of adults drink alcohol. Alcoholic traits were present in 25% of adult respondents. Eighty per cent (n=85) of adult drinkers met WHO criteria for hazardous drinking. Children with parents who drink were 21.7 times more likely to endure illness and injury when compared with children of alcohol non-users (p<0.001). Over 14% of children reported being injured/ill due to parental or self-alcohol use. Prevalent odds of missing school were 6.8 times higher among children whose parents drink (p=0.001). Children of alcohol users were 24.3 times more likely to miss meals when compared with children of alcohol non-users (p<0.001). Conclusions: Alcohol is an emerging contributor to adverse health outcomes in developing settings. In this study, alcohol use was significantly associated with school absence, child injury/illness, and food insecurity. Efforts to alleviate alcohol use should be considered in future efforts against childhood illness & injury.

Fareena Ahamed did her undergraduate and master’s degree in Paediatrics and Child Health in University of Nairobi Kenya. She works as a consultant general paediatrician for the past two years in a private hospital in Nairobi, Kenya. She hopes to specialise in paediatric cardiology and to join the faculty at the University of Nairobi in the near future. She is a member of the Kenya Paediatric Association and the Kenya Breastfeeding Society. She is an instructor on the European Paediatric Advanced Life support (EPALS) course, the Paediatric Epilepsy Training Course and the Paediatric Disaster Management Course.