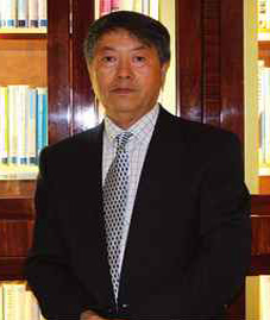 I t is estimated that acute myeloid leukemia from the germ line mutation associated cause is about 15% and it could be more and recent discoveries have revealed that inherited germ line mutations are present in an increasing proportion of children predisposing them to leukemia. To increase the recognition for myeloid leukemia/MDS associated with inherited or germ line mutations, a major changes has made by adding of the germ line mutation in the classification of myeloid neoplasms and acute leukemia in the new version of classification of tumors of the hematopoietic and lymphoid tissues published by the World Health organization (WHO) in 2016 including; 1) myeloid neoplasms with germ line predisposition without a preexisting disorder or organ dysfunction, 2) myeloid neoplasms with germ line predisposition and preexisting platelet disorder and 3) myeloid neoplasms with germ line predisposition and other organ dysfunction. Myeloid neoplasms associated with inherited bone marrow failure syndromes (IBMFS) commonly include Fanconi anemia (FA), dyskeratosis congenital (DC), shwachman-diamond syndrome (SDS), diamond blackfan anemia (DBA), congenital amegakaryocytic thrombocytopenia (CAMT), severe congenital neutropenia (SCN) and thrombocytopenia absent radii (TAR) which they are often diagnosed at a young age. They require different treatment strategies due to the underlying gene defects. IBMFS are complex mixture of genetic disorders characterized by insufficient blood cells production usually association with one or with one or more somatic abnormality and an increased cancer risk. Fanconi anemia (FA) is usually inherited as an autosomal recessive (AR) trait, but it can also be X-linked recessive (XLR). FA is the most common and representative type of IBMFS. So far, 22 genes responsible for FA were identified and also found that FA is susceptible to malignancies, commonly in acute myeloid leukemia. Patients with FA are characterized with progressive bone marrow failure, congenital abnormalities and susceptibility to malignancies, commonly in MDS, AML, and solid tumors. Very importantly, cells from patients with FA are more sensitive to chemotherapy than patients without FA which it can cause severe results from chemotherapies. Similarly, studies demonstrated that hereditary predisposition has higher risk to develop to acute lymphoblastic leukemia (ALL) such as in TP53. The cytogenetic and molecular technologies for leukemia testing provide huge improvements for diagnosis, prognostic stratification, disease monitoring and therapeutic guidelines. To deal with germ line mutated leukemia, it not only requires to increase the awareness for germ line mutations, to taking family history from patients and to offer genetic counselling for the relevant to malignant diagnosis, it also requires to understand the developments of the genetic landscapes.

Zhan he Wu graduated from Harbin Medical University, China IN 1978. He worked in cardiology/haematology clinic for 8 years. He received his Master degree on the project of hematopoietic stem cells of leukaemia in 1985 and received his PhD in 1993 from University of New South Wales on the topic of Haematology/ Immunology, identified IgG Fc receptors on 5 different types of hematopoietic cells/lines (megakaryocytic lineage). He has published more than 60 original articles and 4 chapters in books. Since 1996, he has been working in the field of human genetic disease studies, mainly on the genetic cause of early fetal loss, inherited bone marrow failure syndromes including Fanconi anemia and hematologic malignancies in the Sydney Genome Diagnostics, Western Sydney Genetics Program, The Children’s Westmead, affiliated to University or Sydney. He is a Founding Fellow of Royal College of Pathologist for Australasia (RCPA). He is working as the associate editor, editor-in-Chief and chair of the rare disease column for several medical journals currently