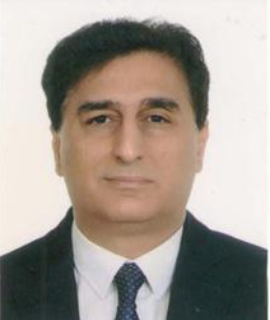 Timely diagnosis of congenital heart diseases, seen in about 1 percent of all newborn infants, have been increasingly receiving interests from the researchers in pediatric medicine, even though, precise auscultation and interpretation of pediatric heart sounds have always been a complicated task. Late diagnosis results in the progressive complications for the patients, huge costs for the underlying healthcare system, and impaired credibility and prestige for physicians. It is therefore, of critical importance to screen condition of such patients before the age of one year, when there is no need of sedating drug to conduct the test. Intelligent phonocardiography, as a precise technique for precise screening of congenital cardiac diseases, makes discrimination between pathological and innocent murmurs feasible, especially in neonatal care clinics. This technique is based on processing heart sound signals and exploring disease-related frequency changes of the sounds. This technique allows recording and replaying of the sounds for telemedicine purposes. It can be employed by a trained technician in a neonatal care clinic, where the positive results are referred to a pediatric cardiology specialist for echocardiography and complementary evaluations. Suspicious or problematic cases will appear as red prints of cardiac focus tested, and therefore, extra time and expenses of checking all children will be prevented, which is of a great importance in the developing countries e.g. Iran. Since 2013-07-20, in total, 230 children were exanimated by this device, where 172 patients were under the age of one year with equal proportion of male and female and 14 cases were referred to pediatric cardiology subspecialty for further complementary evaluations due to the abnormal Phonocardiogram. 5 cases were ruled out of the study due to the lack of cooperation and interrupted follow up. Hence, from among 167 infants under one year of age studied (85 females and 82 males), 9 cases had cardiac problems summarized as follows: Small ASD in 3 cases (2 males and 1 female); IVS Hypertrophy in 3 cases (2 mild TR in 1 male and 1 female, and 1 large PFO in a female); Mild Pulmonary Regurgitation in 1 male; Mild TR + PFO in 1 male; and Very Small PDA in 1 female. Male to female proportion in prevalence of CHD was 5 to 4. All the children underwent intelligent phonocardiography, using POUYA-HEART device. Accuracy of the intelligent phonocardiography was estimated to be 97.8% with a sensitivity of 100%. Among the 14 children patients with congenital heart disease, 4 subjects had no detectable audible murmur during conventional auscultation, which were screened as abnormal children by the intelligent phonocardiography. The total number of the 230 subjects were candidates to undergo echocardiographic examination due to the historical background or innocent murmurs, while 9 individuals needed to perform the examination. The intelligent phonocardiography showed no negative error, and only 5 positive errors out of the 230 cases were reported. The POUYA-HEART provides an accurate and efficient tool for screening congenital heart disease which can drastically reduce healthcare costs and stress to the families.