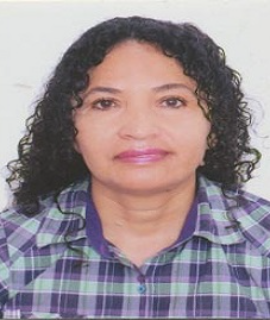 Title : Construction and validation of content of checklist for patient safety in the administration of medicines in pediatrics

Objective: To build and validate a list of patient safety actions in the administration of medicines in pediatrics. Method: Methodological research, using theoretical referential described by Lobiondo-Wood and Haber (2001), carried out in Lambayeque in 2018. This is a study developed in two stages: construction of the instrument, developed from the instrument for evaluating actions to promote patient safety in drug administration in pediatric units of two hospitals in Fortaleza -Brasil por Araujo (2016), created from the verification items for administration of medications proposed by the Safety Protocol in the Prescription, Use and Administration of Medicines (BRAZIL, 2013); analysis of the content validity of the measuring instrument, carried out by seven judges in the period from December to January 2018 and validated by the reliability evaluation of the measuring instrument; and clinical validation of the instrument of measurement, carried out with 25 professionals acting in the Pediatrics services of the hospital in the city of Lambayeque-Peru, from February to March 2018. The Checkist was guided by 07 specialists; nurses doctors, teachers in the area of pediatrics with experience in patient safety and validation studies. Results: the observations were analyzed through the descriptive statistics, the data were processed in SPSS.20, for calculation of adhesion rate, Content Validity Index (IVC), Cronbach’s Alpha) and Chi square Test and Wilcoxon Test. The study obeyed the requirements of Resolution 466/2012 of the National Health Council, having obtained a favorable decision to its development under Opinion No. 2,583,089. It is concluded that the instrument is valid and reliable, in the identification during the nursing care practice of the promotion actions for patient safety during the process of administration of medicines in Pediatrics services.