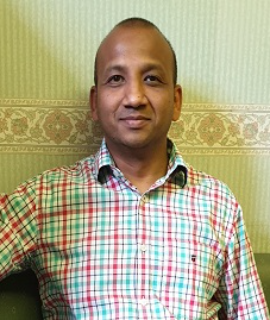 Title : Hypoxic ischaemic encephalopathy in neonates: What do we learn from the case reviews

Hypoxic Ischaemic Encephalopathy (HIE) is a devastating illness that has long lasting impact on families as well as staff members. There are a number of national projects that are currently being undertaken to reduce the incidence of HIE, still births and early neonatal deaths due to complications during labour and delivery. Most of these projects involve a systematic review of all the circumstances leading on to the final event including the key members of the team who can bring all the documented and un-documented concerns and viewpoints to the table. This includes a sincere collaboration amongst obstetricians and neonatologists. As results of such a systematic analysis, a number of key factors come into light which may potentially lead on to either the event causing HIE or may be able to prevent the severe outcome. In this talk, Dr Garg will go through the whole process and how the learning points have been implemented into the practice.

Dr Shalabh Garg is a Consultant Neonatologist with a special interest in quality improvement in the NICU through clinical case reviews. He is currently working in NorthEast of England at James Cook University Hospital in Middlesbrough. He leads the mortality review programme in the department and is the neonatal lead for the national projects including Each Baby Counts, MMBRACE, Perinatal Mortality Review Tool as well as Health Safety Investigation Board. He has also been appointed as the National Independent Reviewer by Royal College of Obstetrician and Gynecologists to review the HIE cases for the national reports.