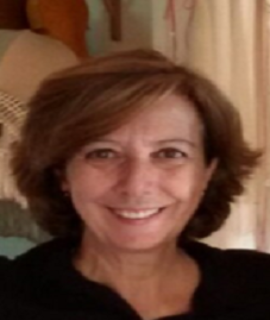 Title : Music as a therapeutic tool with hospitalized babies at risk: Neonatology and PICU

S ince May 2002, a Music Therapy Programme has been going on at the Children’s Hospital La Paz in Madrid. The reception of this Music Therapy Programme by the hospital community at the Children’s Hospital La Paz has been fantastic from the very first day. The therapeutic use of music as an influence on the physical, psychological and / or emotional states of patients before, during or after medical treatment (Loewy, 2013; Benardi, 2006; Calabro, 2005; Del Olmo 2015), as well as the non-verbal nature of music makes it a universal means of communication. Within a hospital context, the need for communication is exceedingly important, since there are a number of potential difficulties added to the disease itself, such as loss of autonomy, physical pain, not being able to verbalize feelings, strong emotions, and many other physical or psychic causes. And it is here where the music therapist acts as a carrier of information about the patient’s condition from another, different perspective. The Music Therapy Programme, framed in the broader Humanization Plan at the hospital, aims to either stimulate or relax the admitted patients to facilitate their needs for communication, learning, mobility, and expression while at the same time tries to streamline their full period at the hospital. Through different techniques, the music therapist makes his / her intervention (with musical instruments and voice) by taking into account the general condition of the patient and the specific treatement previously established by the medical and nursing teams. Sometimes the goal is to help the child relax before or during a cure (to mitigate pain) or, alternatively, to stimulate the child (by being the active focus of attention or distraction). At other times the objective may be to mask “unpleasant” sounds coming out of the Pediatric Intensive Care Units or the Neonatal Intensive Care Units. Music therapy also helps to obtain information about the patient’s physical and emotional state, especially when it comes to patients who have difficulty verbalizing how they find themselves. The music therapy sessions begin with the musical intervention with the patient, their relatives or sometimes with other professionals concerning treatments that may be being carried out at that particular moment (cures, chemotherapy etc.), by using musical instruments such as: keyboard, guitar, transverse flute and the voice, in addition to those that are offered to be played by the patients themselves, such as small percussion instruments which sometimes are used in their musical improvisations.