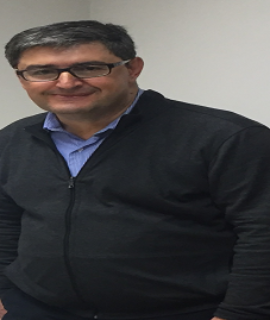 During the last decades, a considerable improvement has been made in understanding the pathophysiology of neonatal pain and the long-term consequences of untreated pain in this age group, overcoming, thus, myths and beliefs of the past that have greatly influenced everyday clinical practice for years. Nevertheless, evidence shows that, still, there is a large variation in the management of neonatal pain across centers and countries. Fear of acute adverse effects and poor neurodevelopment in the long-term following the administration of analgesics-sedatives in neonates, difficulties in pain assessment, relative paucity of relevant pharmacological studies, and personal preferences are important contributors to the existing differences among neonatologist, worldwide. On the other hand, clinical data regarding neurological outcomes after exposure to drugs such as opioids are conflicting, so that the question of whether the specific drugs may promote the damage of preterm brain largely remains unanswered. Inadequate pain assessment in neonates most probably reflects difficulties and reliability of the existing scales in assessing pain and its types (acute procedural, postoperative and chronic pain) as well as “culture on neonatal pain” and organizational issues (e.g., understaffing, increased number of admissions, etc.). To eliminate drug exposure and significant side effects, several nonpharmacological modalities –environmental (measures to minimize bright light, loud noises or frequent handling) and behavioural (skin-to-skin care, sweet solutions)- are increasingly being used so that to reduce total amount of noxious stimuli. Overall, prevention and minimization of pain must be a high-priority goal during neonatal care, as early events like neonatal pain and stress may lead to epigenetic alternations affecting the infants’ developmental trajectory. Given, however, the aforementioned concerns, a tiered approach to sedation/analgesia seems most appropriate. Drugs should be used wisely when needed, while neonatal units should promote continuous education and protocol development on pain assessment and management.

Kosmas Sarafidis is Associate Professor of Neonatology at the School of Medicine of the Aristotle University of Thessaloniki (AUTH) in Greece. Currently, he is responsible for Neonatal Intensive Care Unit at the 1st Department of Neonatology of the AUTH. He has extensive experience in educational activities of many groups (under- and postgraduate medical students, fellows in Pediatrics and Neonatology). Neonatal pain is one of his scientific interests during the last decade. He has published more than 50 articles in international peer-reviewed journals, while he has participated in various National and International congresses-seminars as chair and invited speaker.