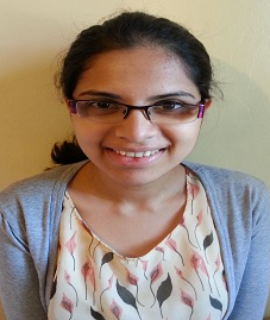 Title : Nutritional status of babies who develop bronchopulmonary dysplasia: How can we do better

Abstract: Background: Lung injury during fetal development has poor potential for recovery, making very preterm infants vulnerable to bronchopulmonary dysplasia (BPD). Undernutrition in their first few weeks of life impairs the canalicular-saccular stage of lung development and alters developmental programming through epigenetic modifications. The accumulation of calorie deficit is most prominent in the very low (VLBW) and extremely low birth weight (ELBW) babies and further perpetuates lung injury. The ESPGHAN recommendations provide guidance as to the target ranges of nutritional intake for optimal growth in preterm babies. There is no evidence for whether reaching these targets prevents BPD development. Method: Retrospective data was collected on babies born at a tertiary centre between 2014 and 2016 with a birthweight of less than 1.5Kg. Babies were excluded if they were transferred out or died before day 28 of life. The babies with a discharge diagnosis of BPD, defined as oxygen requirement or respiratory support at 36 weeks corrected gestation, were compared to those who did not. The ESPGHAN recommendations were used as the target range. We developed a nutritional calculator and the daily intake of fat, protein, carbohydrate and non-nitrogenous calories were obtained. The weight gain at day 28 was also compared between the two groups. Each baby’s background risk factors for developing BPD was collected as a surrogate marker of additional stresses that may increase calorie requirements. Results: A total of 28 babies were included in the analysis with n=14 in each group. The mean gestation and birth weight in the BPD and control groups were 27+4 and 1017g and 28+6 and 1018g respectively. Babies in both groups received similar protein and carbohydrate calories in the first 28 days. The protein intake for both groups was below the recommended range throughout the study period. A consistent lower intake of fat was noted in the BPD group which contributed to the overall lower non-nitrogenous calorie intake in this group. Higher rates of sepsis, blood transfusions, PDA requiring treatment, chorioamnionitis and longer days on mechanical ventilation were observed in the BPD group. Both groups had the same mean weight gain on day 28 of life. The control group received a higher volume of feed over the 28 days, maximally reaching 170.7ml/kg/day, versus 153.3ml/kg/day in the BPD group. Conclusion: Optimisation of early postnatal nutrition as a strategy for reducing BPD rates in VLBW and ELBW babies, should take into consideration factors which increase metabolic demand. A lower fat intake creates a cumulative calorie deficit which is likely to contribute to lung injury. Weight gain is not a reliable marker of adequate nutritional intake. We recommend routine monitoring of fat, protein and carbohydrate intake as part of intensive care.

Dr Irnthu Premadeva graduated from Southampton Medical School in 2013 and completed her foundation training in South Thames Deanery. She has entered her 5th year of Paediatric training in the East of England Deanery. She has a keen interest in Neonataology and has undertaken a number of projects looking at Chronic lung disease in particular.