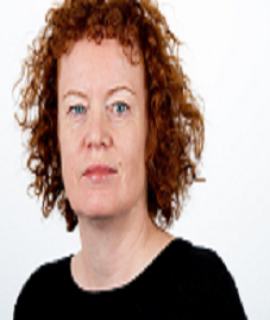 Title : Parents existential experiences when having a premature infant due to mothers preeclampsia

Aim: To deepen and expand the understanding of the parents’ experience of having a premature infant due to mother’s preeclampsia. Background: Family centred care is a key element in the neonatal intensive care unit (NICU). The parents are supposed to be together with the infant as much as possible. Anyway, some parents experience that mother’s severe illness and the infant’s prematurity complicate the first period as parents. Methodology: Two studies using reflective lifeworld research with a phenomenological, descriptive design were performed. Nine mothers and six fathers were interviewed. The context was the time from delivery and approximately until the infant’s discharge from the NICU. The findings concerning mothers’ and fathers’ experiences were presented as an essential structure of meaning; its characteristics. This is a structure of essential meanings that explicates the phenomenon of interest. Reflective lifeworld research made it possible to abstract the finding further and do a theoretical investigation. The two essences were examined and alternately regarded as fore- and background. This was not a reanalysis, rather a fusion and abstraction of previous findings. Theoretical investigation: The findings were examined using “limit situation” outlined by the German philosopher Karl Jasper (1883 – 1969). Human beings are always in situations. It may be possible to change the situation, but some situations are inescapable. Limit situations, from which we cannot escape or change, are the experiences of death, suffering, fighting, randomness, regret and guilt. They go with existence itself. When we experience death and suffering as a limit situation, we realize these as a possibility for someone or ourselves close to us. We understand that our time on earth is limited. Findings: The experience of mother’s preeclampsia and the premature birth did that the parents found themselves in a situation they could not escape. They could not act or alter their situation. Their pregnancies, which they had anticipated would be normal, put them in an unexpected and chaotic situation. They had to give birth, even though the infant was premature. The fathers were confronted with a reality where both mother and / or the infant were dramatically ill. Initially, the parents were not able to act within the situation, change it or escape from it. Later when mother and / or infant stabilized and recovered, the parents could more or less act within the situation. Anyway, they had to act within the context of the NICU. Conclusion: The severe illness of the mother and infant and the experience of suffering and facing the possibility of death was accompanied by the contrasting feeling of joy at being pregnant and giving birth to an infant. The informants were in a situation in which they were about to take on a larger project in life – becoming parents – and the meaning the parents derived related to the infant and to the partner.