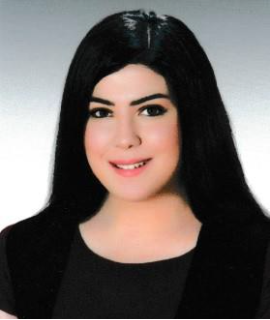 Title : Importance of mtDNA mutations in patients with leigh syndrome

Mitochondrial diseases are a clinically heterogeneous group of rare hereditary disorders characterized by abnormal oxidative phosphorylation and result in mitochondria dysfunction. The most common clinical presentation of MD in children is a progressive neurodegenerative disorder known as Leigh syndrome (LS). LS prevalence is thought to be 1 per 40,000 live births. Mutations in nDNA genes are mostly responsible for LS which shows early clinical findings, on the other hand, a small part of LS are caused by abnormalities in mtDNA. In this study, we screened mtDNA genes using Next-Generation-Sequencing and confirmed with Sanger Sequencing in the patients who are considered to have LS from Ankara University Faculty of Department of Pediatric Metabolism Clinic. The aim of the study was to determine the mtDNA mutations’ effect in these patients and on the clinical spectrum, to investigate common mtDNA mutations or genes in Turkey which can be related to LS. In the study, six different variants in 5 patients were identified from a total of 7 patients examined. According to the CentoGene-ACMG database, two of the identified variants were Class 1, two were Class 2 and two were Class 3. As a result of the study, two patients’ genetic causative mutation were determined with previously reported mutations. Various bioinformatic programmes were also used to investigate these mutations. Two variants were identified for the first time in literature and other two variants, previously reported but with uncertain pathogenic effect, are thought to be associated with LS. Five out of seven (about 70%) patients with suspected LS were detected as mtDNA causative. It is thought that in patients with LS pre-diagnosis, mtDNA screening should be among the primary clinical tests and Complex I, V genes encoded by mtDNA should be taken into consideration.

Dr. E. Begum Gencer-Oncul graduated as a biologist in 2012 from Gazi University, Turkey. She then started Ankara University Biotechnology Institute and gained her MSc in 2014. Meanwhile she started to work as a researcher at Ankara University Faculty of Medicine Cord Blood Bank. Upon her interest in Genetics and Rare Disease field, then she started his PhD thesis project at Ankara University Faculty of Medicine Division of Genetics Department of Pediatrics and she received her PhD degree on March 2019. She has taken part 6 different projects. Her research interests are based on stem cell and rare diseases field.