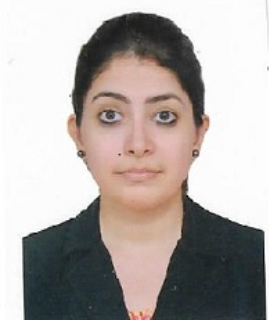 Bronchial Asthma is one of the major multifactorial non-communicable disease, globally being ranked 28th according to the disability adjusted life years. In our country India, according to the 2018 global report, amongst 1.31 billion populations the percentage of children with asthma is 6%. The most common cause of uncontrolled asthma is non-adherence to treatment, non-compliance and associated comorbidities along with either steroid unresponsiveness or due to economic burden associated with the disease treatment and follow-up. Any new intervention in diagnosis or therapy which will augment the treatment response thereby improving the classification would definitely be an area of interest to all the medical practitioners around the world. One such breakthrough is this wonder vitamin called Vitamin -D and in the past few years its role in various disorders from cancer, endocrinology, and systemic disorders to respiratory diseases is widely being studied. Vitamin D acts at the cellular level and can inhibit proliferation of airway smooth muscle and many pathways which are associated with airway remodelling which is one the major pathogenic factors involved in development of bronchial asthma. Its deficiency is associated with more severe asthma exacerbations due to increased production of inflammatory cytokines and proliferation. On the human airway smooth muscles, it can also inhibit the expressions of MMP-9 AND ADAM-33, both of which are the asthma susceptibility genes. The main aims and objectives of this presentation would be to enlighten the medical fraternity about its role in paediatric asthma and how it helps in steroid responsiveness, better control and improvement in lung functions. I would also take you through the various studies including mine, which have shown its beneficial effect in paediatric asthma patients. A number of studies have been done by assessing the future development of wheeze in children if mothers have been antenatally administered with vitamin D as it helps in foetal lung maturation as well.

Dr. Fehmida Najmuddin, MBBS from Manipal University, Karnataka , India in 2007, MD Pediatrics in 2012 followed by fellowship in pediatric pulmonology in 2013 under my mentor Dr. Keya Rani Lahiri in Dr. D Y Patil University, Maharashtra, India. Since Past 7 years, we run a dedicated Pediatric Asthma and allergy clinic. I Have close to 18 publications in various national and international journals, and have worked on many aspects of pediatric asthma and allergic rhinitis including RCQOL, Inhaled therapy, Pulmonary function tests, Height and spirometry correlation. currently working on control classification of pediatric asthma. Currently working as an Assistant Professor and pediatric pulmonologist in Navi Mumbai, India