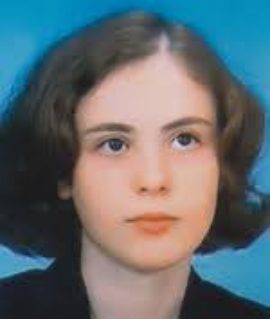 Title : The Problem of Candida Albicans among Children with Renal Disorders

In condition of an oral cavity infection caused by Candida albicans is stimulated the production of exo-polysaccharides. These compounds enrich the accumulated biomass and facilitate the process of adhesion of a great number of microorganisms, including representatives of the species of Streptococcus mutans, upon teeth surfaces. The co-infection with Candida albicans leads to synergetic enhancement of the virulence of the biofilm related to aggressive initiation and course of dental diseases, mainly the rampant caries.Data based on an in vitro investigation ascertain that the extracted from glucosyltransferasis exo-polysaccharide serves as a key mediator for building of a multi-species biofilm. The co-existence of Candida albicans with Streptococcus mutans induces the phenotype expression of virulent genes of Streptococcus mutans, respectively gtfB, fabM. Researchers ascertain that the substance of β 1,3-glucan extracted from Candida albicans maintains the organization of the exo-polysaccharides’ matrix structure. The fungal fractions of mannan and β-glucan provide surfaces for adhesion and initiation of the virulent gene of GtfB.In condition of nephrotic syndrome the prolonged intake of immune-suppressor medicines has as a consequence the effect of inhibition of the activity and functionality of neutrophils and disturbance of the cells’ mediated immunity. A typical clinically associated and manifested trait of that syndrome is the modification of the content of immunoglobulins, including reduction of the level of Ig G. The last correlates to the additional effect of suppression and blockage of the immune system’s functionality. In terms of urinary tract infections, acute tubular-interstitial nephritis, pyelonephritis and auto-immune disorders candidiasis correlates to the intake of antibiotics and/or corticosteroids.In the context of our study was investigated a total number of 74 participants in child’s age, respectively 48 children with diagnosed pyelonephritis, 3 children with nephrotic syndrome and 23 children without common health disorders. Only among 8 of all the participants was recorded a positive result and was verified the presence of Candida albicans in the oral cavity. Among all the children tested for the purpose of identification of Candida albicans and its pathological impact upon hard teeth structures, the participants were divided as follows: 45 girls and 29 boys. A positive result for Candida albicans was registered among 15,56% of the female representatives of the study. Only 3,45% of all the investigated boys are characterized with identification of Candida albicans in the oral cavity. The greatest ratio of children with confirmed oral cavity infection of Candida albicans, namely 37,5 % of them, are 3- years old. The ratio of 25 % of all the positive participants includes children of the age of 4. Equal is the ratio, respectively 12,5% , of the participants at the age of 1, at the age of 5 and at the age of 6 with established positive result for Candida albicans in the oral cavity. Regarding the average value of the epidemiological index of dft, its highest figure equivalent was recorded among the participants suffering from nephrotic syndrome, namely among 49,67% of these. This result corresponds to the established considerable number of carious lesions. In the context of tooth decay risk assessment the role of oral candidiasis has not been thoroughly investigated yet. Simultaneously, it is accentuated upon the interrelation between these microorganisms and the intensity of total microbial production of acids. The oral cavity infection caused by Candida albicans carries the potential of a predictor of caries susceptibility among children.

Since 2011 Dr. Angelova has been working as an Assistant-Professor at Medical University-Varna. She gained a Certificate of Specialization of Pediatric Dentistry in 2015. In 2017 Angelova gained a postgraduate degree after accomplishment of an independent research on the topic of “Caries Risk Assessment and Prevention in Children Suffering from Some Renal Disorders”. In 2018 she gained an academic degree of Chief Assistant-Professor at the Medical University-Varna. In 2019 was issued the monograph entitled “Epigenetic and Genetic Aspects of Oral Health in Children with Pyelonephritis” authored by Sirma Angelova. She authored and co-authored more than 70 papers and participated in more than 50 scientific congresses.