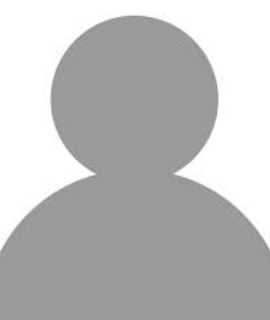 Title : Questions about the health status of premature babies born to mothers with heroin addiction

Drug addiction is a priority health problem in many countries of the world, including Russia. The health of the child is determined, first of all, by the health of the woman who gave birth to him. The urgency of the problem is associated with a significant increase worldwide of newborns exposed in the prenatal period to the effects of narcotic drugs and psychotropic substances. The results of scientific research work indicate the development of many complications of pregnancy and childbirth in women with addiction to psychoactive substances. We examined 65 preterm infants from mothers with a history of the use of psychoactive substances, in particular, injecting heroin (main group), and 37 full-term infants from women with physiological pregnancy - the control group. The average gestational age of newborns in the main group was 33.9 ± 1.6 weeks, in newborns in the control group it was 39.1 ± 0.7 weeks. The indicators of physical development of children born to drug-addicted mothers (weight, length, weight-height coefficient, head circumference, chest circumference) were within wide limits and depended on gestational age: the shorter the gestational age, the lower the physical parameters of the newborn. An average body weight of 2075 ± 275 grams and an average height of 45.1 ± 2.4 centimeters were observed in newborns of the main group, in full-term newborns, respectively: 3475.3 ± 415.1 grams and 53.5 ± 1.4 centimeters. The incidence of intrauterine growth retardation syndrome in the main group was 60.5%, and in the control group it was 7.1%.

At the time of examination, the condition of full-term newborns was assessed as satisfactory, or close to it in 32 children - 82.1%, moderate severity - in 5 children (17.9%). Newborns from drug-addicted mothers were distributed as follows: 2 children were in a satisfactory or close to it condition, 3.1%, of moderate severity - 32 newborns - 49.2%, the rest - 31 newborns in serious condition - 47.7%, of which in critical condition - 7 children. The severity of the condition of the examined premature infants was mainly due to the gestational age of the child, the presence of respiratory distress syndrome of the newborn, acute respiratory failure of the diffuse-diffuse and mixed genesis, and neurological symptoms. Psychoactive substances have a damaging effect on the central nervous system. The defeat of the central nervous system of various origins was found in the majority of the examined children. The diagnosis of cerebral ischemia was made in 7 full-term infants and in almost all premature infants (in 63 children - 96.7%). In full-term, this pathology was mild, in premature infants, cerebral ischemia was diagnosed from mild to severe. Symptoms of first-degree cerebral ischemia with a syndrome of increased or decreased neuro-reflex excitability were detected in 12 newborns - 19.04%, whose condition at birth was closer to satisfactory or moderate severity and stabilized by the end of the neonatal period. Second-degree cerebral ischemia with syndromes of increased or decreased neuro-reflex excitability, intracranial hypertension, vegetative-visceral dysfunctions was detected in 42 newborns 66.6%, and grade 3 cerebral ischemia was diagnosed (with a predominance of the syndrome of decreased neuro-reflex excitability: hypotension) and in 11 newborns - 17.4%.

Acute respiratory failure of various origins was not detected in full-term newborns. In premature babies born to drug-addicted mothers, this pathology was found in 22 children, 32.84%. It is characteristic that the disturbance of the rhythm, frequency and nature of breathing in newborns with respiratory disorders was combined with deformation of the chest, most often in the form of retraction of compliant places during inhalation (43.7%). At the same time, in some children, swelling of the anterior-upper sections was noted (31.2% of cases). In addition, in 10 newborns of the main group (62.5%), inflating of the wings of the nose during breathing was noted. The prevalence of the development of withdrawal symptoms in newborns in the study group was 26.1% - 17 newborns. In the structure of withdrawal symptoms in children, the following symptoms are described: increased irritability and excitability, tremor, fever, tachypnea, high moaning cry, hyperreflexia and muscle hypertonicity, convulsive readiness, increased sweating, impaired physiological reflexes. In our study, the withdrawal syndrome manifested itself in the form of: increased neuromuscular excitability, sleep disturbances, convulsive readiness, a monotonous sharp cry in a child, and hyperthermia. Withdrawal symptoms developed in 12-24 hours and reached their maximum development within 48 hours. Thus, the clinical examination of newborns showed that the adaptation of children whose mothers used heroin is difficult and often complicated by the development of various pathological processes.

Galaktionova M.Yu. in 1991 graduated from the pediatric faculty of the Krasnoyarsk State Medical Institute. In 1998 she completed her postgraduate studies at the State Research Institute of Medical Problems of the North of the Siberian Branch of the Russian Academy of Medical Sciences. At the Department of Outpatient Pediatrics and Propedeutics of Childhood Diseases, GOU VPO Krasnoyarsk State Medical University named after Professor V.F. Voino-Yasenetsky Ministry of Health and Social Development of the Russian Federation” has been working since 1999: since September 2005 - head of the department. She is the author of over 400 scientific works, including 34 teaching aids, 4 monographs, 2 patents for inventions. Since 2001 she has been a professor at the Russian Academy of Natural Sciences. Member of the Association of Cardiologists of Russia, member of the Union of Pediatricians of Russia (author of the Anthem of the Union of Pediatricians of Russia).