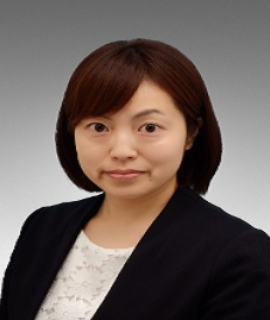 Objective: To elucidate characteristic sleep architecture of different nocturnal sleep patternsin early infancy. Methods: Participants were 27 infants at the same conceptional age of 3-4 months. Nocturnal sleep ofthese infants was monitored at home by simultaneously using actigraphy and a one-channel portableEEG device. According to the infants’ activity for 6 hours from sleep onset, each night’s sleep patternwas classified into three categories: sleeping through the night (STN), sleeping with weak signals(crying/fuss episodes 50% of the sleep cycles. Multiple regression analysis showed that exclusive breastfeeding mayincrease the proportion of SWS in non-REM sleep. Conclusions: Each nocturnal sleep pattern was associated with some sleep architecture, part of which would be attributed to infant’s feeding methods. The ultimate goal of the present study was to apply the obtained findings in order to explain the etiology and real nature of the individual differences in sleep patterns observed in 3–4-month-old infants. The STN pattern was associated with formula-feeding and characterized by suppressed body movements during wakefulness. However, some infants showing the STN pattern may not have attained stabilized sleep due to poor SWS. The weak signal pattern was associated with exclusively breastfed infants, and indicated mostly stable sleep with rich and regular distributions of SWS across the night. In the strong signal pattern, the duration of sleep was reduced, but the duration of SWS was not reduced to that degree, suggesting that the infants who cry often at night appear to have stabilized sleep. However, some infants who cry a lot in the middle of the night may have some intrinsic problems in sleep regulation due to poor and atypical SWS occurrence. However, an infant sleep pattern does not necessarily repeat, and it is often difficult to categorize an infant simply as a baby who sleeps a lot or a baby who cries a lot.

Michiko Yoshida is a midwife and has about twenty years of professional experiences in clinical nursing and university teaching. She received a master’s degree in the work about taste of milk from inflamed breasts (Breastfeed Med. 2014 9(2):92-7) and obtained a doctorate in this study (Early Hum Dev. 2015 91(9):519-26) from a postdoctoral course of Akita Graduate School of Medicine under the guidance of professor Kodama. Then she promoted assistant professor of the Japanese Red Cross Akita College of Nursing in 2017. Her special interest about research has included a circadian rhyme of early infants.