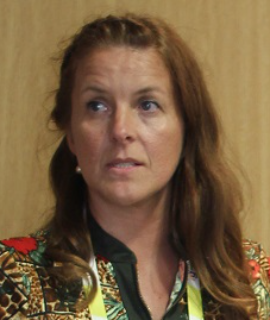 I n today’s world children all around us are engaged in spending their time in front of televisions, computers and tablets. No one can despute the large amount of opportunities that modern technology has brought to us, but children of today are no longer spending their time outside, walking, running, jumping, climbing even falling. We need to keep in mind that specially ni early age movement creates a profound base for creativity, learning, thinking and other, higher mental functions. Body and mind are one, they interact and processes that take place in the central nervous system include the whole body. Keeping those things in mind, the Bebi basketball Žurko was created as a concept of basketball game adjusted for kids in between 2 and 8 years old. Game is a natural, spontaneous activity in which can child express their own needs, feelings, thoughts and happiness. Therefore, the main goal of Bebi basketball Žurko was, and still is, to influence on the development of childs coordination, speed, precision, agility, strenght, balance. All exercises and props (such as height and size of the basket, size and weight of balls) are tailored to the child’s age and abilities. Exercises are constructed in the way that child must go through different kind of motoric polygons and they always finish with throwing ball into the basket. Beside of all the physical benefits that basketball can bring to one, it also has positive affect on psychological characteristics. Beeing a team sport, basketball brings to a child the opportunity to socialize, it creates conditions for establishing healthy interpersonal relationships,creates a sense of responsibility. Furthermore, it develops a sense of self-confidence, selfcontrol and respect to one another including the coach. Plan and program created for trainings in Bebi basketball Žurko allows to the children to move, develop and acquire working habits from the youngest age, which can later result as turning them into responsible people. Through the program of Bebi basketball Žurko, a child spends his time in organized but not strict structure so that he/she can feel and show happiness and enjoyment doing the whole basketball trainig.

In 1990, Nevenka Mravlinčić graduated from the Central Pharmacy School at the Healthcare Center in Zagreb. As a Pharmaceutical Technician, she was working in Pharmacy until 2010. In 2000 she enrolled High Health Care in Zagreb and in 2004 got the Bachalaure’s Degree in Occupational Therapy. At the same year, she enrolled Faculty of Kinesiology in Zagreb, the Department for Training Coaches- the Basketball Course. She finished her studying in 2007. From 2005 till 2010 she was studying at the Faculty of Education and Rehabilitation in Zagreb, and in the same Faculty she enrolled Post-Graduate Studies. Since the October 2010 she has been working as a prof.rehabilitatior in regular primary school King Tomislav in Zagreb. From 2011 till 2015 she was studying at the Faculty of Pharmacy in Travnik, Bosnia and Herzegovina. Currently, she is graduating from the Faculty of Education and Rehabilitation and as a Post-Graduate Studies at the Specialistic Studies- Basketball. For 31 years she was an active baketball player, and in that time she played in several club in Croatian first and second basketball league. She is a founder of the Basketball Club Labrada 1971-Žurko from Zagreb. In that BC operates a basketball school for children aged 2-8 years (Bebi basketball Žurko), basketball school for young cadets and cadets and senior men’s team. She also works as a coach for all of those sections in Basketball Club Labrada 1971-Žurko