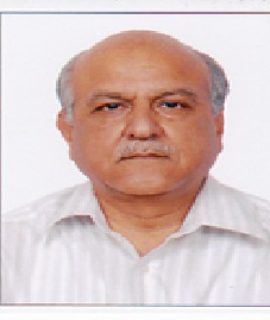 Title : Controlled Fio2 therapy to neonates by oxygen hood in the absence of oxygen analyser

Dr Sunil Jatana is an Indian Citizen who completed his Graduation: MBBS in 1977 & Post graduation (MD) in Paediatrics in 1987, both from Armed Forces Medical College, Pune India. He has 36 years of service in various teaching and other hospitals of Armed Forces, India till 31st January 2014 on superannuation. From 1st February 2014 to 15th November 2014 he worked as a Professor Paediatrics in D. Y. Patil Medical College, Pune, India. He is currently working as a Professor in Paediatrics at Melaka Manipal Medical College since 26th December 2014. He is a recognized Undergraduate & Postgraduate Teacher in India and examiner MBBS, DCH & MD of various universities in India. He is an executive editor of Medical Journal Armed Forces India in the past & Referee for 2 Medical Journals in India. He presented many papers and chaired scientific sessions in National conferences. He published 15 papers in National journals and co-author in one chapter in a book. He is a Life Member of Indian Academy of Paediatrics & sub chapter Hematology Oncology, Member Executive Board, Indian Academy of Paediatrics 2011, Member of Malaysian Medical Association.