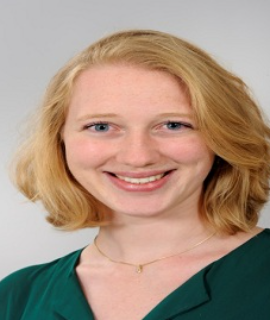 Title : Eleven years of alcohol intoxications in adolescents in all Dutch pediatric departments. Alcohol poisoning and the role of tobacco, illicit drugs and medication

During the last decade, alcohol intoxication in children and adolescents developed into a major health concern in current pediatrics. In this longitudinal study we monitored intake and treatment of 6416 adolescents in Pediatric Departments in Dutch hospitals over the years 2007 to 2017. Methods: From 2007 to 2017 all data were collected on all admitted Dutch adolescents (aged < 18, positive Blood Alcohol Content (BAC)), treated in one of the Dutch hospitals (Dutch Pediatric Surveillance System (NSCK)). Questionnaires about the adolescents were collected, making use of a patient interview. Results: 6416 adolescents were treated, mainly (5699; 89%) related to (severe) alcohol intoxication and subsequent reduced consciousness, in contrast to the adolescents (717; 11%) who were admitted because of an accident, fracture or suicide attempt. Mean age of the patients was 15.4 years, and 53% were boys. BAC level increased during this period (1.82 ‰ in 2007, 1.91 ‰ in 2017), and mean reduced consciousness duration lasted from 2.24 hours in 2007 to 3.00 hours in 2017). Currently, data showed the numbers of adolescents with tobacco use (1310 adolescents were smokers; 20.4%) and illicit drug use (740 adolescents used illicit drugs during intoxication; 11.5%). The data also showed that 1199 adolescents (18.7%) took prescribed medication, which depending on the type of medication might affect the BAC. Our data showed a change in attitude of the parents concerning alcohol usage during the years: in 2011 (first year of registration) 75% of the parents gave permission to their child to drink alcohol (including only on special occasions), in 2017 this decreased to 32%. This increase in awareness is partly due to a change in legislation: from January 2014 on, only adolescents from the age of 18 can legally buy alcohol. Conclusion: In Europe, alcohol intoxication treatment remains an actual issue within Pediatrics. The Dutch dataset is of value to conduct interesting analyses on alcohol intoxication characteristics in all Dutch youngsters as well as the medical treatment of them. The data were also of value to change the attitude of parents concerning alcohol. The role of tobacco, illicit drug and prescribed medicine usage is highlighted.

I.M. Wolberink is a pediatric resident and researcher at the Reinier de Graaf Hospital (RdGG) in Delft, the Netherlands. From 2010 to 2017 she studied medicine at the Leiden University Medical Center (LUMC). Her research covers topics related to alcohol and youth. She works for Dr. Nicolaas van der Lely, who founded the multidisciplinary outpatient clinics for Youth and Alcohol in the Netherlands. Because of his work, the Dutch government raised the age for buying alcohol for adolescents from 16 to 18 years by January 2014.