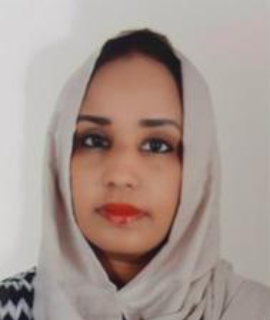 Mutations in multiple genes cause congenital hypothyroidism (CH). The most common cause of CH worldwide is thyroid dysgenesis (85%) followed by dyshormonogenesis (10-15%). CH commonly causes mental retardation in Sudan because of lack of neonatal screening. It was reported that the predominant etiology of CH in the Sudan was dyshormonogenesis (62%), however the genetic cause is unreported. The aim of this study was to investigate the genetic cause of CH in Sudanese families. We obtained DNA of 51 individuals, including 27 affected children, from 11 unrelated Sudanese families with CH. Probands were identified by the presence of low IQ, goiter or short stature. The geographic Sudanese origin were 5 from the North, 1 from the East, 3 from the West and 1 from the South and 1 was unknown. Five families had consanguineous marriages. Whole exome sequencing (WES) was carried out on each affected child and unaffected mother. We analyzed the results with published data of single nucleotide polymorphism (SNP) array in Sudanese. Principal component analysis (PCA) was performed on the 260 Sudanese data and we compared mutation frequencies in the candidate genes for CH between the Sudanese and all populations from the genome aggregation database (gnomAD). WES identified 4 novel mutations in the TG gene, 2 missense, 1 splicing and 1 nonsense variants, including c.7021G>A, c.4816+1G>T, c.6989T>A and c.7655C>G; 1 novel frameshift mutation in the DUOX2 gene, c.1395_1396delCC; 1 novel missense mutation in the SLC5A5 gene, c.1042T>G; 1 novel missense mutation in the TSHB gene, c.141T>G and 1 rare mutation in the TPO gene, c.2578G>A. Each affected child harboring the mutation was homozygous for the variant. Functional in silico prediction algorithms (SIFT or PolyPhen2) suggested that the 5 missense mutations were deleterious. Seven of the 11 probands had low IQ and 8 had goiter. Of the 4 probands with normal IQ 3 had the following homozygous mutations: TG (missense), TG (splicing) and TSHB (missense). PCA revealed a clear distinction between NE and SW Sudanese. The CH mutation carriers appear to fall in-between the two major population groups. However, given the observed allelic heterogeneity of CH a founder effect was not present; rather the increased frequency might point out better access to clinical services associated with the group with CH. Still, the studied Sudanese samples had significantly higher mutation frequency in the TG gene with 645 SNPs compared to the populations of mixed ethnic origin (Mutant allele frequency; 0.1512 vs 0.1406, P<0.01). In conclusion, 7 novel mutations in the TG, DUOX2, SLC5A5 and TSHB genes and 1 rare mutation in the TPO gene were identified in 11 Sudanese families with CH. The group with CH represented different sub-population from NE or SW Sudanese. TG gene mutations occurred at higher frequencies in the Sudanese than other populations represented in widely used genetic databases. Importance of genetic test: Such test can be done for patients in the developing country with the use of help of international labs.

Dr. Reham Shareef Ibrhim, MD is a Pediatric Endocrinologist. Her special interest and passion is in improving the health and wellbeing of pediatric patient. Her research interest includes diabetes, congenital hypothyroidism and genetics