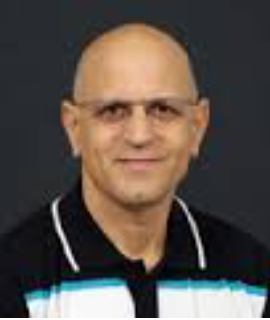 Title : A comparison between video-assisted transumbilical appendectomy and laparoscopic or open appendectomy in children

Aim: Video-assisted transumbilical appendectomy (VATA) is a combination of laparoscopic appendectomy (LA) and open appendectomy (OA) which has the potential advantages of both techniques. In this study, we report our recent experience with VATA and compare it to our experience with OA and LA. Methods: The charts of all the children who underwent VATA between March 2006 and July 2008 in the Department of Pediatric Surgery at Haemek Medical Center in Affula, Israel were retrospectively reviewed and compared to those who underwent OA or LA between July 2002 and October 2003. Children who presented with a preoperative diagnosis of acute appendicitis and children who were electively admitted for an interval appendectomy were included in the study. One 12-mm trocar was inserted transumbilically. An operating laparoscope was used to mobilize the appendix, which was delivered through the umbilicus, and a standard extracorporeal appendectomy was performed. The results of VATA were compared to our results with OA and LA which were published in 2007. Results: Of 129 children who underwent appendectomy, 58 had VATA, 52 OA and 19 LA. Of the 58 children who had VATA, 42 were performed for acute appendicitis and 16 as an interval appendectomy after conservative treatment of complicated appendicitis. The operating time was significantly longer for LA than for VATA and OA. The length of stay (LOS) was significantly shorter after VATA or LA than after OA. A lower percentage of children who underwent VATA had morphine needs (MO) than after LA and OA and children after VATA had statistically significantly fewer days NPO. There were no deaths or severe complications during or after any of the operations and there were no statistically significant differences in complications amongst the groups. Conclusions: Video-assisted transumbilical appendectomy combines the advantages of both OA and LA. The use of one trocar along with an extracorporeal appendectomy makes VATA less invasive, easier, faster and cheaper than LA. Keywords: Video-assisted, Laparoscopy, Appendectomy, Children.