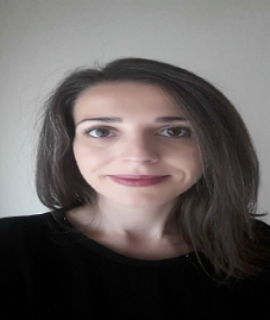 Title : A mouse model reproducing the pathophysiology of neonatal group B streptococcal infection

Group B streptococcal (GBS) meningitis remains a devastating disease. The absence of an animal model reproducing the natural infectious process has limited our understanding of the disease and, consequently, delayed the development of effective treatments. Knowing that in human the bacterium is vertically transmitted, we developed a mouse model in which bacteria are transmitted to the offspring from vaginally colonised pregnant females, the natural route of infection. Thus, pregnant BALB/c mice were intravaginally inoculated with the serotype III hypervirulent strain CC17 BM110 or with the attenuated isogenic mutant BM110ΔcylE, that does not express the pore-forming toxin β-hemolysin/cytolysin (β-h/c), at the 17th and 18th days of gestation. Vaginal colonisation was monitored upon delivery by vaginal lavage. At day one after birth, and with both GBS strains, the vaginal mucosa of all females presented high bacterial load enabling the vertical transmission of the bacterium. Thereafter, the bacterial levels started to decrease, but more abruptly with BM110ΔcylE mutant than with BM110 WT. Moreover, a transient and intermittent colonisation with BM110 WT was observed in their genital tract after delivery. Pups exposed to the more virulent strain exhibit higher mortality rates and lung pathology than those exposed to the attenuated strain. GBS was also quantified in the brain of pups, and the level of colonisation was always slightly less in pups born from BM110ΔcylEcolonised progenitors than that observed in pups born from BM110 WT-colonised mothers. Moreover, the brain of pups infected with BM110 WT exhibited the hallmarks of meningitis such as meningeal congestion, vascular hyperaemia, and oedema. Interestingly, both strains were detected in the gut during the neonatal period and adulthood, revealing that GBS-commensalism is likely established during early life, and could be a cause of transition to invasive niches. Using this model, we also found that during the neonatal period, BM110 WT infected pups presented decrease proportion of Ly6GLy6Chi monocytes in the brain, increased microglia activation and a morphology shift towards a reactive phenotype, neuronal apoptosis and reactive astrogliosis. Notably, as in humans, the surviving offspring presented neurological developmental disability, revealed by impaired learning performance and memory in adulthood, as evaluated in the radial maze. The intrapartum antibiotic prophylaxis is routinely used to prevent neonatal diseases. Thus, to test our model, BM110-colonised pregnant mice were prophylactically treated with ampicillin added to their drinking water from gestational day 20 (one day before delivery) until postnatal day 1. This treatment significantly increased neonatal survival, showing that our mouse model can be used to test the efficacy of new prophylactic treatments against neonatal GBS infections. Altogether, our data show that this novel experimental model closely mimics the human GBS infection during birth and is the first that enables a mother-to-child transmission leading to GBS-induced diseases. The use of this new mouse model will promote a better understanding of the physiopathology of GBS-induced meningitis.

Elva Bonifácio Andrade has a degree in Biochemistry and a PhD in Biomedical Sciences obtained at Institute of Biomedical Sciences Abel Salazar, University of Porto. Her PhD studies focused on the characterization of the innate immune mechanisms leading to neonatal susceptibility to Group B Streptococcus (GBS) infections. As a postdoctoral researcher, she has focused on the development of the first mouse model that recapitulates GBS neonatal infection pathogenesis, with similar features to that described in humans. Her focus now is to use this clinically relevant tool to study the pathophysiological mechanisms directly related to the central nervous system during GBS meningitis.