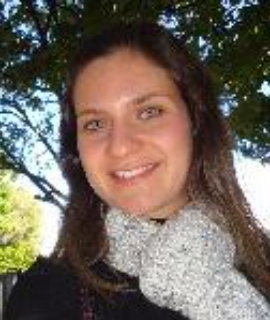 The evolution of neonatal intensive care has increased the survival rates of at-risk newborns and elevated the tendency for deviations in language, speech, motor, auditory, and cognitive acquisition and development. Delay in language acquisition is one of the disorders in preterm children described in literature. This study aimed to compare the language development of children born preterm (PT) and full-term (FT). Methodology: Two groups were selected for this study: a research group, composed by a randomized sample of 35 mother–PT children dyads followed up at the Neonate Follow-Up Program; and a control group, composed by 26 mother–FT children dyads who had no history of pre-, peri-, or post-natal complications and no development complaints. The infants were aged between 12 and 30 months at the time of assessment. The Language Use Inventory protocol was used to evaluate the pragmatic aspects of language development. Findings: The PT and FT children had a mean birth weight of 1317.7 g (SD = 421.7) and 3076.4 g (SD = 532.8), respectively, and mean gestational age at birth of 30.6 + 3.4 weeks and 38 + 1.5 weeks, respectively. The mean length of hospital stay for the PT infants was 51.8 + 42 days; all of them needed special care during hospitalization. In the analysis of language measurements, the inventory showed significant differences between FT and PT (p <0.001; p <0.05). The performance of PT children correlated to chronological age (c = 0.627; p = 0,001) and length of hospital stay (c = 0.695; p = 0,000). The performance of both groups to used sentences during conversation correlated to birth weight (FT: c = 0.413, p = 0.036; PT: c = 0.423, p = 0.44). Conclusion: The conjunction of biological and socio-environmental factors can directly influence the communicative-linguistic development of children born preterm.