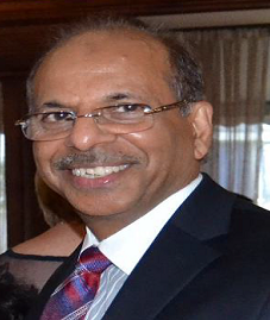 NASA astronauts endure weeks or even months exposed to microgravity and cosmic radiation besides extreme G forces of take-off and re-entry. Stressors like social separation, confinement and an altered sleep-wake cycle compound this physical challenge. During spaceflight there is a rise in secretion of stress hormones like cortisol and adrenaline, which are known to suppress the immune system. In keeping with this, astronaut’s immune cells become less effective during spaceflight and sometimes for up to 60 days after. In the midst of this stress-induced amnesty on viral killing, dormant viruses reactivate and resurface. To study the physiological impact of spaceflight, we analyze saliva, blood and urine samples collected from astronauts before, during and after spaceflight. Herpes viral reactivation is evident through the shedding of viral DNA in the body fluids of astronauts, and the viral load only increases with more time in space. Herpes viruses reactivate in more than half of crew aboard Space Shuttle and International Space Station missions. While only a small proportion develop symptoms, virus reactivation rates increase with spaceflight duration and could present a significant health risk on missions to Mars and beyond. Our spaceflight-developed technologies for saliva collection/rapid viral detection have been extended to include clinical applications including zoster patients, chicken pox, post herpetic neuralgia (PHN), multiple sclerosis, and various neurological disorders. These protocols are employed in various clinics and hospitals including the CDC and Colombia University in New York, as well as overseas in Switzerland (Ricklin et al 2013) and Israel (Pollack et al 2015). In fact, we at NASA, developed a rapid and sensitive virus detection method that can detect virus in saliva samples from asymptomatic patients with neurologic and other VZV related disease before even the rash develops (Mehta et al 2013).

Dr. Satish Mehta has been working as a senior Scientist in the Biomedical Research and Environmental Sciences at Johnson Space Center, NASA for over 28 years. His major responsibilities are both operational and research activities for the health, safety, and optimum performance of astronauts. Published more than 60 peer-reviewed publications and over 200 presentations at national and international scientific meetings. NASA has recognized him with many awards including Medal for Exceptional Scientific Achievement and the Silver Snoopy Award. Recently public media like CNN, FOX news, BBC, India Today, German media and others, covered his viral reactivation research work with astronauts.