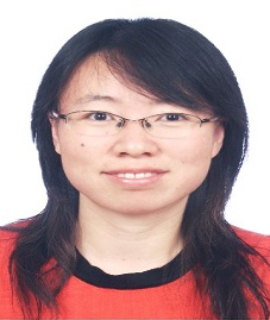 Escherichia coli (E. coli) is a versatile bacterial species that exists as a commensal organism in the lower gastrointestinal tract of humans as well as a pathogen that causes a variety of diseases. Some pathogenic E. coli strains cause diarrheal illness (intraintestinal pathogenic E. coli), whereas others cause extraintestinal infections (extraintestinal pathogenic E. coli [ExPEC]). Since the implementation of an intrapartum antibiotic prophylaxis program against group B Streptococcus in 1996, its global incidence with respect to newborn sepsis has decreased significantly. However, the overall incidence of E. coli has remained stable over the past few decades, and there has been a significant increase in this species in late-onset sepsis in preterm infants. E. coli is the leading cause of neonatal bacterial sepsis and meningitis. Neonatal meningitis occurs in roughly 0.2 to 1 per 1000 live births; it is closely associated with sepsis. Even countries with highly developed health care systems encounter high rates of mortality rates (10–30 %) due to the disease. Moreover, long-term neurological sequelae are common among more than half of the survivors. The worldwide burden of these extraintestinal infections is staggering. Moreover, E. coli pathogens, particularly those causing extraintestinal infections, have developed resistance to every class of antibiotics introduced to treat human infections. Several surveillance studies during the 2000s across Europe and North and South America have shown that approximately20–45% of E. coli isolates are resistant to first-line antibiotics including cephalosporins and fluoroquinolones. The production of extended-spectrum β-lactamases (ESBLs) is the main cause of such antibiotic resistance in E. coli. We have already had surveillance results in clinical isolates in neonates. Overall non-susceptible rates to amoxicillin were 72%, tetracycline were 66%, ceftrixone were 50%, trimethoprimsulfamethoxazole were 48%, cefepime were 42%, and ciprofloxacin were 36%, respectively. During the 1980s and 1990s, SHV or TEM types were the major types of ESBLs identified among clinical isolates. However, since the mid2000s, CTX-M β-lactamases have become the most common and widespread type. ST131 is considered the most common ESBL-producing E. coli type that causes urinary tract infections and bloodstream infections worldwide. Since 2012, ST1193 has emerged as a new virulent clone of fluoroquinolone-resistant E.coli in several countries. Developing alternative strategies to prevent/eliminate these E. coli infections requires fully understanding the constant epidemiological surveillance of antibiotic-resistance trends of these bacteria, as well as the transmission risks. The transmission of E. coli strains from the mother to the newborn frequently occurs during passage of the neonate through the vaginal canal. Thus, programmes to screen for vaginal and rectal colonization of pregnant women by E. coli, particularly those neonates with sepsis and meningitis, may be effective for infection prevention. Few studies highlighted similarities between newborns and their mothers. It important to know well about E. coli and decrease the morbidity and mortality rates from invasive infection with E. coli among neonates.

Dr. Yajuan Wang is a neonatologist with good education and expertise in pediatric diseases, especially in infectious diseases. She currently serves as the vice director of Department of Neonatology, Beijing Children’s Hospital, Capital Medical University, National Center for Children’s Health, Beijing, China. In addition to practicing neonatology, Dr. Wang has participated in educational and research projects.