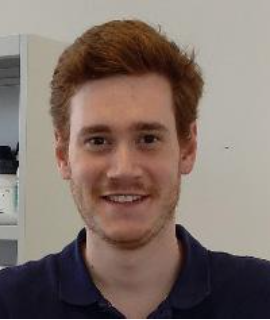 Iron (Fe) and docosahexaenoic acid (DHA) play important roles in the correct functioning of the organism and though it is known that some interactions exist among them, these have not been considered in the numerous studies of mother DHA supplementation. It is of great importance to known this interaction during the pre- and postnatal life. The current study evaluated for the first time the effect of maternal DHA supplementation on expression of key genes and proteins involved in transplacental Fe metabolism and mineral placenta content. One hundred and ten pregnant women were randomly assigned to one of the following intervention groups: control group (n=54), administered 400 ml/ day of the control dairy drink, and DHA-supplemented group (n=56), administered 400 ml/day of the fish oil-enriched dairy drink (approximately 400 mg DHA-EPA/day). After labor, samples were taken from the central part of the placenta. DMT1, FPN1, TfR1 mRNA and protein expression in the placenta tissues were analyzed by qPCR and Western blot. DMT1, FPN1, TfR1 gene expression were enhanced in the placenta of DHA supplemented mothers in comparison with the control group (P < 0.001). In addition, DMT1 and TfR1 protein levels were also significantly increased in placenta of the DHA-supplemented mothers (P < 0.01 for DMT-1; P < 0.001 for TfR1). Maternal supplementation with DHA might improve transplacental Fe homeostasis because of increased expression (gene and protein) of transport proteins, which could be beneficial for transplacental Fe transfer and ultimately boost neonates Fe stores at delivery. This strategy in pregnant mothers might be an alternative to Fe supplementation and its inherent toxic complications.

Mr. Jorge Moreno-Fernandez is a Pharmacist and Master in Human Nutrition, with expertise in oxidative stress, mineral metabolism, molecular biology and neonatal nutrition. He currently serves as assistant researcher at Physiology Department and has an academic affiliation with the University of Granada (Spain).