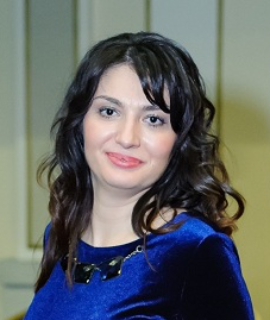 Title : Sepsis in pediatrics: Current concepts of terminology and management

S epsis is one of the leading causes of mortality among children worldwide. Although the diagnosis and management of sepsis in infants and children is largely influenced by studies done in adults, there are important considerations relevant for pediatrics and we wanted to highlights pediatric-specific issues related to the definition of sepsis and its epidemiology and management.  The definition of pediatric sepsis is currently in a state of evolution. For the past two decades, sepsis has been defined as “systemic inflammatory response syndrome (SIRS) caused by infection” both for adults and children. International pediatric sepsis consensus conference in 2015 revised the adult SIRS criteria for children. New sepsis criteria were advocated as “Sepsis-3” in 2017, which redefined “as life-threatening organ dysfunction caused by a dysregulated host response to infection”. Unfortunately, this change in the definition of sepsis is applied to adult population at this moment, consensus definition in children are not well established. The epidemiology of pediatric sepsis varies from study to study probably because of their different era, population, and diagnostic criteria. Sepsis is often diagnosed too late, because the clinical symptoms and laboratory signs that are currently used for the diagnosis of sepsis, like raised temperature, increased pulse or breathing rate, or white blood cell count are unspecific. In children, the signs and symptoms may be subtle and deterioration rapid. Early sepsis treatment is cost effective, reducing hospital and Critical Care bed days for patients. The current management of pediatric sepsis is largely based on adaptations from adult sepsis treatment. New knowledge was added regarding the hemodynamic management and the timely use of antimicrobials. The early administration of antibiotics and hemodynamic stabilization with fluid resuscitation and inotropic/vasopressor support are like both wheels of a vehicle for the initial management of sepsis. The management of pediatric sepsis must be tailored to the child’s age and immune capacity, and to the site, severity, and source of the infection. The management of pediatric sepsis would be expected to make further progress.

Dr. Frasinariu Otilia is an Assisstant Professor in Pediatrics in University of Medicine and Pharmacy Grigore T. Popa Iasi, Romania and currently serves as a pediatrician in the Saint Mary Emergency Children Hospital in Iasi Romania. She worked in a pediatric intensive care unit and toxicology in the last 4 years. In addition, she is involved in educational and research projects in the field of pediatric obesity.