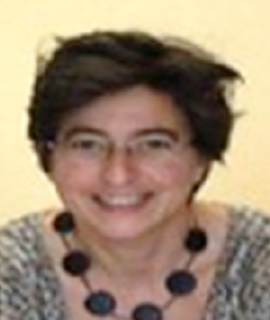 Title : Targeted next generation sequencing and exome sequencing in the causal diagnosis of hydrops fetalis.

Introduction: Fetal anemias are serious complications during pregnancies, which may lead to fetal death in case of hydrops fetalis occurrence (1/3000 pregnancies). Most of the causes responsible for fetal anemia and hydrops fetalis are fetal maternal alloimmunization, parvovirus B19 infection, fetal maternal hemorrhage, chromosomal abnormalities, congenital malformations, metabolic diseases, and in the hematological disorders, the first one to invoke, the alphathalassemia. In one case out of 5, fetal anemia remains unexplained after an exhaustive first line etiological evaluation. In order to identify the cause of the unexplained fetal anemia and to offer a prenatal diagnosis during the next pregnancy, we have developed helpful diagnostic tools on fetal blood based on erythrocyte and reticulocyte indices, red cell morphology cytological analysis, flow cytometry (EMA test), osmotic gradient ektacytometry and molecular screening analysis. Results and Discussion: 43 fetal samples (30 probands) have been addressed to our Hematology laboratory in Robert DEBRE hospital, Paris from the time course 2012-2018. The study has been done most of the time in fetal blood (23 out of 43) or after fetal death during post-mortem examination (17 out of 43). Fetal blood purity has been confirmed by microsatellite analysis in both parent and fetal DNA. Informed consent has been signed by the mother in each case. In 6 cases out of 43, it was a prenatal diagnosis after identification of the causal mutation responsible for the hydrops fetalis in the first fetus. A hydrops fetalis was present in 24 cases at the moment of the fetal sample collection. Cytological red cell morphology and ektacytometry allowed to determine the clinical diagnostic (two distinct fetuses affected with congenital dyserythropoiesis type II (CDAII) and xerocytosis). Molecular screening analysis has been done by sanger sequencing technique from 2012 to July 2016. We designed then a targeted Next Generation Sequencing (NGS) library including 74 genes involved in red cell disorders (n=9 fetuses) and exome sequencing has been performed for 4 fetuses (LABEX GR-Ex, Imagine platform, Necker hospital, Paris, France). Each allelic variation has been confirmed by Sanger technique. Molecular Biology analysis (except the 6 Prenatal diagnosis cases) has been completed in 21 out of 37 fetuses. We have identified the molecular defect in 10 fetuses. Rare red cell disorders have been diagnosed in these fetuses DNA including Diamond-Blackfan anemia (n=2), congenital dyserythropoiesis (n=6) and stomatocytosis (n=2) respectively. 4 fetuses exhibited no putative pathogenous allelic variation at the end of the molecular screening. On the 6 prenatal diagnosis done, none of the tested fetuses exhibited the allelic variation identified in the first fetus. In conclusion, targeted-NGS and WES are valuable tools in the causal diagnosis of hydrops fetalis dues to unexplained anemia in addition to the regular hematological tests (erythrocyte and reticulocyte indices, red cell morphology, flow cytometry, and ektacytometry) and after elimination of the most frequent causes of hydrops fetalis.