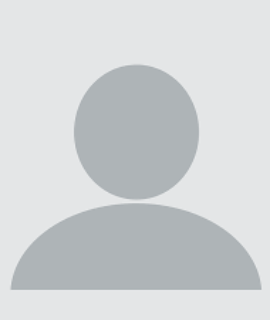 Title : The Intestinal permeability as a possible cause in promoting of the autism

AIM: Autism (ASD) is a neurological disorder that has either genetic or environmental components and includes changes of the intestinal microbiota... Some problem of the onset of autism is linked to a possible abnormal excitation of the metabolic cycles involved in neuronal transmissions. Recent hypothesis suggest, that, some phenomenons may occurred, as a consequence of altered intestinal permeability, with a consequential non correct metabolism of certain food. This metabolic process provides to form bio-active peptides into the gastrointestinal tract. Recent studies confirmed that casein form a compound , the beta casomorphin-7, that is an opioid like-peptide, Recent studies show that the production of these opioid like peptides are experimentally associated with autism These peptides pass through the encephalic barrier to bind the receptors and prevent their smooth function. The principal aspect in this phenomenon is an alteration of intestinal permeability for an imbalance of the intestinal mucins layer .The aim of this study it is to verify the presence of this possible misbalance and hypnotize as the same can promote the release of the opioid like peptides
Materials Methods: We analyzed the amount of intestinal MUC2 carried out, at this preliminary research stage, on stool samples of twelve ASD, and on as many healthy controls, with Mucin Assay Kit, to extract and fluorometrically determine the amount of mucin contained in the stool. The measurement of faecal mucin can be used as an indicator of intestinal barrier function. This kit makes use of fluorometrically detection to measure amount of mucin” the results are statistical analyzed with Mann Whithney U Test
Results: The results of the dosage of MUC 2 in ASD and healthy control, show that there is statistically difference between the two groups, and in particularly the average concentration of MUC 2 is slightly higher in ASD, see table 1

The U-value is 15.5. The critical value of U at p < .05 is 37. Therefore, the result is significant at p < .05...The z-score is 3.23316. The p-value is .00124. The result is significant at p < .05. Discussion: This result, together with the fact, that numerous other studies show a marked increase in intestinal permeability, in ASD , can explain the defect in the metabolic pathways of certain foods to form the opioid like peptides This process obviously may occur when, for reasons not yet clear, these glycosylated proteins principally the transmembrane mucins increase in concentration, or the gel forming mucins MUC2 not sufficiently protect the epithelial mucosa and expose the terminal glycoside residue to the enzymatic action of the bacteria .We think that the second hypothesis in very probable in autism The results of this study confirm the hypothesis of a lack of defence of intestinal epithelial mucosa We hypnotized that this abnormality is the consequence of a mucins MUC2, (gel forming), under expression together , as in many bowl inflammatory process, there is a contemporary increases of tran-membrane mucins MUC1 which are, however, poorly glycosylated This prevents a regular link of the MUC2 to the MUC1 , so that the first ones are relying on themselves and join together with hydrogen bridge bonds. The result is the formation of an incorrect protective layer that has channels .The attack of the bacteria to the highly glycosylated MUC2 finally produces opioid like peptides We can represent the consequence of this phenomenon as can see in figure 1 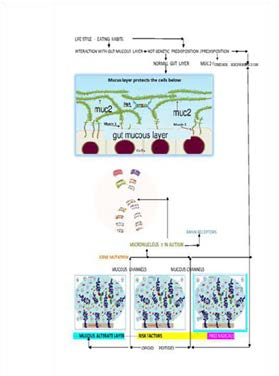 Conclusion: Autism presents an intestinal macro biota’s alterations to generate many neurotoxic compounds, the opioid like peptides Is present a intestinal mucous layer’s alteration that promote this flow. We think that a possible solution for decrease the opioid like peptides effects ,without restore the intestinal layer ,by the reuptake of opioids’s inhibition, with an appropriate diet and with the use of enzymatic products such as plant-based proteases that can start breaking down proteins while they are still in the stomach.