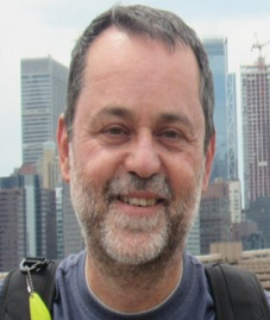 Despite progress made in both the basic knowledge of many infectious diseases and the process of drug discovery and development, tropical infectious diseases such as malaria, leishmaniasis, Chagas disease, and schistosomiasis continue to cause significant morbidity and mortality, mainly in the developing world. The burden of infectious diseases has been compounded by the re-emergence of diseases such as tuberculosis, dengue, and African trypanosomiasis. These diseases all predominantly affect poor population, particularly children, in several less developed regions.

In this regard, a major challenge in drug development is the drug delivery for the pediatric population. Specific facts have to be taken into account with this patient group. Children are a very heterogeneous patient group ranging from newborns to adolescents with huge developmental and physical differences regarding dose, pharmacokinetics, absorption, sensitivities and compliance. The route of administration, the composition of the formulation, the dosage form and the matter of administration have to be carefully considered. Many drugs frequently used in infants and young children are not available in suitable dosage forms, particularly for the treatment of several neglected tropical diseases. Liquid dosage forms must be prepared extemporaneously, while using appropriate excipients. However, it is critical to determine the stability of various drugs at clinically important concentrations and practical storage conditions. It is of concern that few funding agencies are willing to support research on the development of stable liquid dosage forms for pediatric patients. The need for such data will continue, because it is unlikely that all drugs approved for adults will also be labeled simultaneously for potential use in infants and children.

But not only does a suitable dosage form need to be found and developed for pediatric purposes, additional issues have to be taken into consideration. Safe excipients are also very important for each formulation. Usually pharmaceutical excipients are labelled as “inactive ingredients” and assumed to be safe for human use, but this might not be true for a pediatric subpopulation, as children show particular differences to the “normal” adult patient. The choice of excipients may also determine the applied dosage forms, as the number of suitable excipients for manufacturing a dosage form is often very limited. Toxicological risks are mostly associated with excipients used for liquid formulations, whereas solid drug formulations can be usually composed using non-toxic excipients. Thus, in this opportunity different pharmaceutical strategies will be presented for the development of pediatric formulations for the treatment of some tropical neglected diseases.

Dr. Claudio J. Salomon is a Professor at the Department of Pharmacy, National University of Rosario. Argentina. He is Principal Investigator of the National Council Research, Argentina. He obtained his PhD from the National University of Rosario and he was a post-doctoral associate at the School of Pharmacy of the Hebrew University of Jerusalem, Israel. Professor Salomon has over 80 peer reviewed publications and 2 international granted patent. Dr. Salomon has obtained several national and international awards including Mercosul Science and Technology Award 2012. His research is focused on the development of drug delivery systems with an emphasis on modified release dosage forms and pharmaceutical nanotechnology. Dr. Salomon is an Editor of AAPS PharmSciTech and an Editorial Board Member of several journals. He is also Editor in Chief of the AAPS Introductions in the Pharmaceutical Sciences book series.