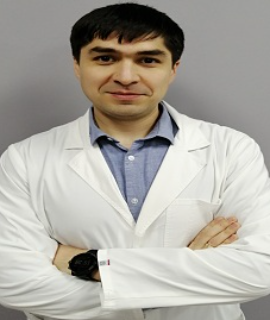 Lymphatic malformation (LM) is a rare malformation that occurs in 1-2 children per 10,000 live births. The main method of treatment of this disease is sclerotherapy. For this purpose, various drugs are used - bleomycin, pitsbanil (OK-432), STS and even alcohol. But each of these preparations has its own limitations and side effects. Therefore, the search for the "ideal" sclerosant continues. The Vascular Anomaly Center has developed a method of sclerotherapy of lymphangioma with the drug "Haemoblock". This is a new drug, which is a poly-acrylate matrix containing silver ions. It is not yet known to a wide range of doctors.

In the CSP for the last 3 years (2018-2021), treatment was carried out in children with a diagnosis of "LM" using the drug hemoblok. In this study, only children with a diagnosis of large cystic lymphatic malformation participated and treatment was carried out. The children were aged from 1 month to 18 years. Most often, the LM was located in the neck area. During this time, 48 patients had  64 operations, of which repeated 13, among them the third operation 3.

In the postoperative period, we noted the appearance of swelling in the area of sclerotherapy, which independently passed after 7-10 days, and a pain syndrome that occurred during awakening from anesthesia and was stopped 40-60 minutes after the operation.

The result of the therapy was that 32 children completely lost their education after the first operation, 13 after the second, and 3 after the third. Thus, sclerotherapy of lymphangioma with a solution of "Haemoblock" is a safe and effective method of treating this pathology. But it is necessary to conduct additional multicenter studies to obtain reliable data.

Safin Dinar Adhamovich was born in Klimovsk, Moscow region, on February 13, 1982. From 2002 to 2008, he studied at the pediatric Faculty of the Russian State Medical University. Specialization in laser surgery in 2017. In 2018, he completed an internship in Germany at the University Clinic in Halle. Since 2018, he has been working as a pediatric surgeon at the Vascular Anomaly Center (Moscow), treating children with various vascular anomalies (infantile hemangiomas, capillary angiodysplasia, lymphatic and venous malformations and other diseases). He had published more than 10 research articles in SCI(E) journals.