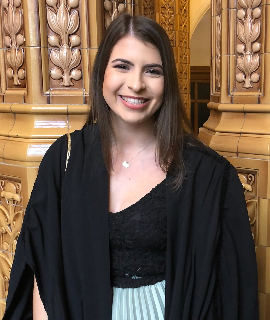 Title : A review of the incidence, pregnancy and neonatal outcomes of foetuses diagnosed with Cystic Hygroma anomaly in Bradford

Background: A foetal cystic hygroma (FCH) is a congenital malformation that presents as fluid filled sacs in the lymphatic system. The prognosis of cystic hygromas depends on the stage of diagnosis, with those identified in the first trimester displaying poorer prognoses. Literature suggests around 50% of cases are associated with a chromosomal abnormality and most foetuses experience a poor outcome. The neonatal and paediatric outcomes of these babies are less widely followed up which restricts patient counselling. Diverse outcomes of FCH create uncertainty around the prognosis of this diagnosis which is challenging for physicians to communicate.

Methods: This study was a retrospective study conducted at BRI (Bradford Royal infirmary), a single centre. Foetuses presenting with FCH were identified from consultant-led ultrasound MDT reports between 2017-2021. Once patients were identified, electronic patient records were used to collect specific data on the mother, foetus, and pregnancy. Surviving babies were subsequently followed to conclude neonatal and paediatric outcomes.

Results: 46 foetuses from 44 pregnancies were identified with FCH at BRI. Prevalence averaged at 1 case per 588 pregnancies. 31.8% of FCH cases were babies conceived through consanguineous relationships- all between 1st and 2nd cousins.

4 significant obstetric outcomes of a pregnancy affected with FCH were concluded. The most frequent outcome was termination where 17/46 foetuses (37%) did not progress to term. 11/29 (37.9%) died in utero (IUD), 7/11 (63.6%) miscarried before viability and 4/11 (36.4%) were stillborn. 18/29 (62.1%) of continued pregnancies resulted in the birth of a live baby. 13/18 (72.2%) of live births resulted in a healthy neonate discharged home. 2 babies died within the neonatal period and 3 further babies were diagnosed with significant cardiovascular disorders after birth.

Of the IUD’s that had consent for genetic testing, 100% (5/5) of conclusive results were positive for aneuploidies. All 3 cases of trisomy 21 were miscarried before 24 weeks. Slightly more foetuses died in the first 2 trimesters of pregnancy- only 3/11 (27.3%) loses occur in the 3rd trimester.

Of the healthy neonates discharged home, 2 foetuses had an abnormal karyotype- trisomy 21. All babies that experienced a neonatal death had not experienced pre-natal testing so it is challenging to conclude associated conditions that may have contributed to this outcome.

Grace Williams is a 4th year medical student at the University of Leeds, England. She received a 1st class intercalated Bsc in Medical education in 2021 and will finish the MbChB in 2023.