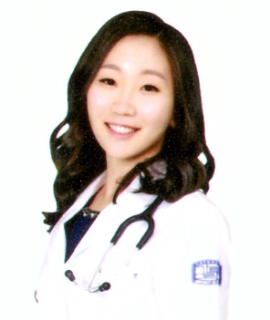 Title : Cardiac arrest in a child due to community-acquired Staphylococcus aureus: case report

Background: Staphylococcus aureus was rare pathogen in children. Recently, its incidence has increased and became a significant cause of community acquired (CA) infection. It is important to know the characteristic, as it can lead to adverse outcomes, including pneumatoceles, respiratory distress and even deaths. We report a case of a 15-month-old boy with cardiac arrest due to S.aureus pneumonia.

Case report: A previously healthy 15-month old boy with dyspnea was brought to our emergency department. He was diagnosed with bronchiolitis, on medication from a local clinic. But he became lethargic on the 3rd day of fever. He was unconscious and did not have a pulse. We immediately did cardiopulmonary resuscitation and intubaton. His cardiac rhythm returned, after given a dose of 0.01mg/kg epinephrine via intraosseous needle at 6-minute of resuscitation.

Initial chest x-ray (CXR) did not show much consolidation but following CXR in 1-hour showed rapidly growing pneumonic infiltration in both lung fields, especially in the right.A computed tomography (CT) of the chest showed mucus plugging of both bronchi, patchy consolidation and multifocal ground-glass opacity (GGO) of both lung fields.

At the 5th hospital, respiratory status became stable. Methicillin-susceptible S.aureus was identified from the oral culture of tracheal tube. We stepped down the antibiotics. At the 7th hospital day, we successfully extubated. His respiration improved day by day but he could not control head nor talk. His brain magnetic resonance imaging illustrated global hypoxic brain injury. He was discharged on the 18th hospital day and went to a rehabilitation outpatient clinic.

Discussion: Most documented S.aureus infections were acquired nosocomial. Recently, incidence of CA S.aureus infections has increased and also the methicillin-resistant S.aureus. It is important to know and use the appropriate antibiotics in advance, as S.aureus infection can progress very rapidly. The common chest CT findings of S.aureus pneumonia are bilateral, often symmetric consolidation without lobar predominance and bilateral GGO centrilobular nodules, as in this case. Combination of bacteria and virus can also complicate the case, as unexpected constriction of bronchioles makes it difficult to extubate.

As the primary cause of cardiac arrest in infants and children is usually hypoxia due to respiratory distress, early diagnosis and management in a hospital can avoid the poor prognosis and further treatment.

Dr. Yoon Kyung Cho studied Biomedical Engineering at Johns Hopkins University in the United States and graduated with a Medical degree from The Catholic University of Korea, College of Medicine in the Republic of Korea. She is currently completing her Pediatric residency training program at The Catholic University of Korea, Uijeongbu St. Mary’s Hospital. Her interest lies in pediatric infectious disease and intensive care.