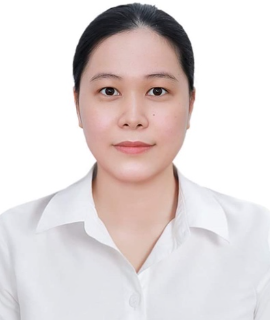 Aim: To determine the feasibility and effectiveness of a non-servocontrolled cooling method during transportation of asphyxiated infants with suspected HIE (Hypoxic ischemic encephalopathy) with the aim to reduce the time it takes to start cooling in low resource settings.

Methods: Randomized controlled trial of asphyxiated term infants fulfilling criteria for hypothermia from 7 different hospitals in and around Hanoi from September 2016 to June 2020. Patients were randomized into transport with PCM (Phase-change-material) group or transport with non-PCM group (control) and transferred to Vietnam National Children’s Hospital for therapeutic hypothermia treatment with targeted temperature of 33.5 ºC for 72 hours.

Results: In 118 infants randomized, the final analysis included 52 patients in the PCM-group and 61 in the non-PCM group. There were no differences in baseline characteristics between two groups. The median temperature after transfer was 34.4 (IQR 33.5-34.8) in the PCM-group and 35.3 (IQR 34.5-35.9) in non-PCM group. The median time to reach target temperature was 1 hour (IQR 0.5-1) and 2.5 hours (IQR 2-3) in the respective groups. There was no record of overcooling during transportation. The mortality rate was 33% and 34% respectively.

Dr. Tran, Thi Thanh Hang completed her medical training at GuangXi Medical University, China in 2013 and continued her training as a pediatrician and neonatologist at Vietnam National Children’s Hospital. She started her PhD in Medical Science at Department of Global Public Health, Karolinska Institutet, Sweden in 2017 and her research focuses on newborn asphyxia and therapeutic hypothermia treatment in low-middle income settings. She is now working as a clinical doctor at the Neonatal Center, Vietnam National Children’s Hospital and clinical researcher at Karolinska Institutet