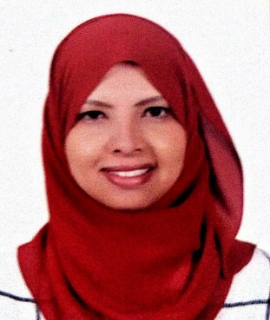 Title : The Effect Of Different Techniques Of Breast Milk Expression In It’s Fat Content In Mothers Of Preterm Infant

Introduction: Although human milk is the preferred nutrition for premature infants, the major limitations have been inadequate supply(Furman et al., 2002)and suboptimal nutrients for the infant to achieve optimal growth. More effective milk expression techniques may address both issues by removing a larger fraction of nutrient-dense 'hindmilk  (Kuschel and  Harding , 2004).

It was  previously reported that mothers of preterm infants can attain and sustain high milk production levels by combining the use of electrical pumps with two manual techniques, hand expression and hands-on pumping (HOP) (Morton et al., 2009).

Meier et al., 2011, speculate that combining electric pumping with manual techniques (which include breast compression and a milking action) results in more effective breast emptying, thereby increasing milk production. If correct, one would expect compositional changes to include a higher percentage of hindmilk fat, possibly improving the nutritional adequacy of human milk for the preterm infant

The researchers’ findings confirmed that mothers who used hands-on pumping had higher fat content in their milk than women relying on electric pumps alone. Based on previous research on human milk, it was found that babies could benefit in several ways from the higher-fat milk (Morton et al.,2009).

Objectives: Our aim is to compare the  effect of hand technique alone and in combination  with electric pumping in increasing the nutritional value of  milk production in mothers of preterm infants.

Methods:  A convenience sample of eligible mothers of preterm infants were selected 100

Manual Techniques (Hand Expression) Combined With Electric Pumping
Mothers returned for monitored pumping sessions where they were instructed on 'HOP'. In contrast to relying only on pump suction for milk removal, this technique combined both electric pumping with manual maneuvers, which included breast massage, compression, stripping and, if needed, hand expression. Instructions for hand expression and 'HOP' can be viewed at.

Dr. Rihab ahmed sadek studied medicine at Cairo University , Egypt and graduated 2007.worked as resident of pediatric and neonatology in ministry of health in egypt for 4 years then as neonatology and pediatric registrar ,  studied master degree of pediatric in Al-Azhar University 2016 ,  during my master study I worked on my thesis and did the research,  I had a certificate in health care quality CPHQ , I received invitation to presenting my research as poster in DOhod Congress 2022 in Canada .now am on my neonatology fellowship first year.