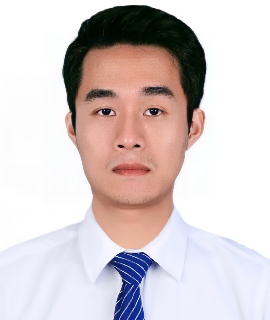 Background: A lobectomy is a surgical procedure where an entire lobe of the lung is removed, wherein the
pulmonary vein, pulmonary artery and bronchus to the involved lobe are individually dissected, ligated and divided.
The first robotic lobectomy worldwide was performed in 2003. Since 2014, Vietnam National Children’s Hospital
(VNCH) has successfully applied robotic surgery in children, particularly robotic lobectomy. We report a preliminary
result of robotic lobectomy in children at VNCH from May 2016 to May 2020.

Methods: A retrospective cross-sectional study of all patients undergone robotic lobectomy at VNCH from May
2016 to May 2020.

Conclusion: Robotic lobectomy in children is an effective, feasible and safe method with promising preliminary
results.

Dr. Nguyen, Minh Khoi graduated as a general physician from Hanoi Medical University (HMU), Vietnam in 2013, followed by a 3-year residency program in Pediatric Surgery. He also completed his Master in medicine from HMU in 2021. Besides being a pediatric surgeon at The Center for General Surgery, Vietnam National Children’s Hospital, he is also passionate about scientific research. He has published many articles in domestic journal of Pediatrics and Surgery, presented at several International and domestic conferences